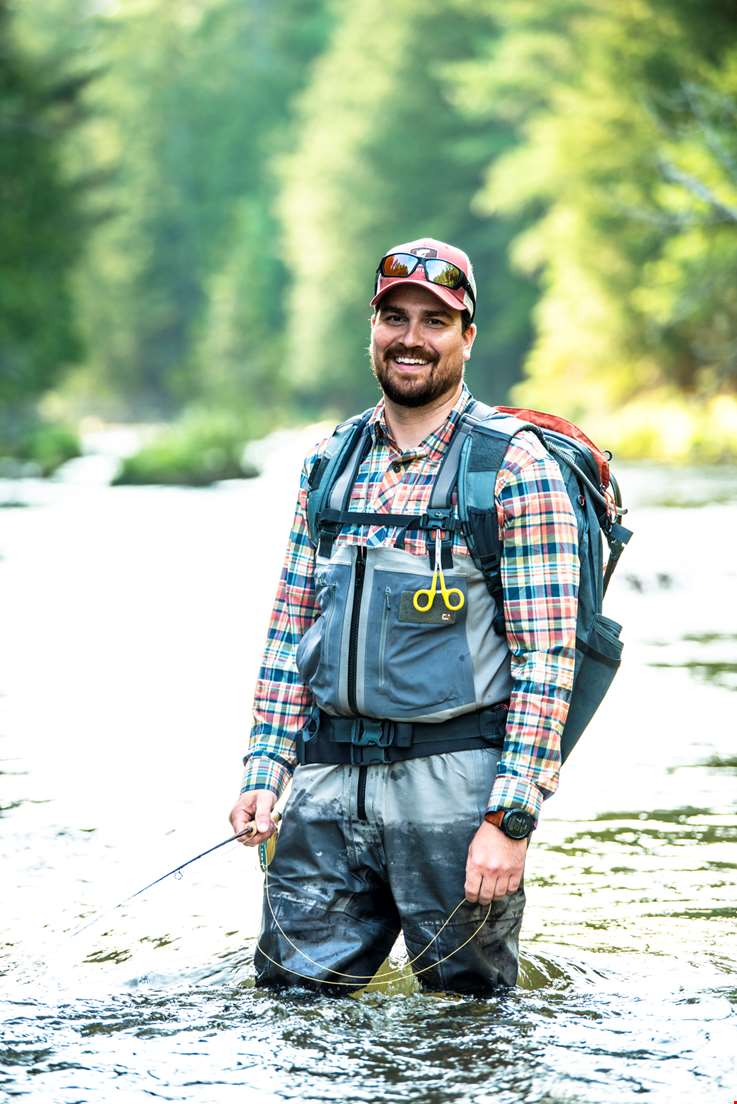 Born and raised in northern Michigan, Ethan has been fishing the area as long as he can remember. From his first flies in the Au Sable and Jordan, to fishing the west Michigan tribs during his years at Ferris State, the passion was instilled at an early age. After graduating college, Ethan attended Sweetwater Travel Company's Fly Fishing Guide School,  where he gained the skills required of today's professional guides. One thing led to another, and Ethan cut his teeth as an Alaskan guide at Kulik Lodge chasing big Alaskan 'bows throughout Bristol Bay. However, his love for northern Michigan and its intimate fisheries brought him back to Boyne Country. As the Director of Operations for Boyne Outfitters, Ethan is able to introduce people to the cherished waters and fishing he has enjoyed for much of his life.

Ethan currently holds a Captain's License with the United States Coast Guard.  He is a SAGE Elite Pro, Scientific Anglers Pro, Fly Designer and Pro Staffer for Catch Fly Fishing, a Costa Pro, a YETI Field Guide Sherpa, and a field advisor for several other major manufacturers. Ethan has been featured in American Angler, the Detroit Free Press, Game & Fish, Gink & Gasoline, The Venturing Angler, as well as Golf Advisor Round Trip on several occasions. He has also written articles for  Hallowed Waters Journal and FFI Magazine.

Beyond northern Michigan, his love for travel has led him to some unbelievable experiences - saltwater fishing in Belize, the Bahamas, Gulf Florida & the Florida Keys; swingin' for steelhead in the legendary rivers of northern British Columbia, throughout Appalachia, the backcountry of Ontario, and across the American West in Colorado, Wyoming and Montana.

Giving back is important, and Ethan has previously served as the President of Friends of the Jordan River, as Vice President of Headwaters Chapter of Trout Unlimited, on the Board of Directors for the Miller Van Winkle Chapter of TU, as a Committee Advisor for the Pigeon River Country Advisory Council, and as an ambassador to Huron Pines.  During college, he also founded the first collegiate affiliate of Trout Unlimited in the nation - Ferris Trout Unlimited - which helped ford the waters toward the creation of the TU's Costa 5 Rivers College Club program in use today. In 2019, he was awarded the John Walters Award by Headwaters TU, which is given "in recognition of stream champion" for his efforts to improve the fishery within the Jordan River watershed.

Ethan enjoys teaching beginners and pushes advanced anglers to hone their skills on the water.  If you are new to the sport, or have a passion as strong as his, Ethan will make sure you have an enjoyable experience on the water. Ethan specializes in small stream technical fishing during creekin' season, freshwater flats fishing for smallmouth bass, two-handed fishing for steelhead & atlantic salmon, as well as individual casting instruction.