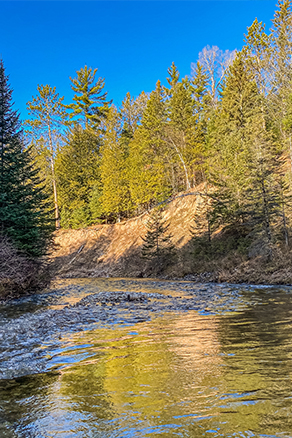 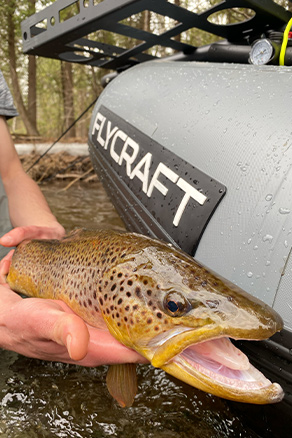 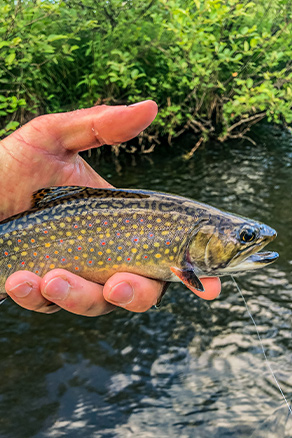 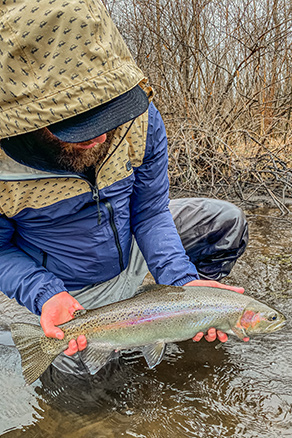 Previous Slide
1 of 5
Next Slide

A Michigan Natural River and the heart of 'The Big Wild' - Michigan's Pigeon River Country State Forest. A classic blue ribbon trout stream hidden from the noise of modern civilization. The central stream of the three northern-flowing 'headwaters' streams - the Sturgeon, Pigeon and Black - the Pigeon spends the majority of its journey to Mullett Lake flowing through Pigeon River Country, the largest contiguous block of undeveloped land in Michigan's Lower Peninsula . Aptly named for the massive migrations of extinct Passenger Pigeons through the region more than a century ago, the river makes its way through 109,000 acres of beautiful hardwood and pine forests and home to one of the largest free-roaming elk herds east of the Mississippi. Brook, brown and rainbow trout all thrive in the Pigeon River, with migratory trout from Mullett Lake providing additional opportunity.

A young Ernest Hemingway described this region as "wild as the devil" and "the greatest I've ever been in"...we tend to agree.